Farming Simulator 22 for PC is, as might be guessed from the name, a farming simulation game in a series that comprises about fourteen editions, spread over both PC and mobile. The player – that’s you – is a farmer, and your goal is maintaining and growing the farm to make it into a success.
About the Game

In career mode, your first task is always to update the out-dated equipment on the farm, replacing it with newer and better models, as well as expanding the farm. Just as in real life, neglecting any aspect of your farm fares badly for your end results.

As the farmer, you aim to grow crops and breed animals which are then sold for cash. The cash is then used to buy new machines, more animals, fresh seed and expanded buildings. As well as these permanent tasks, there are periodic missions to complete too, which earns a nice cash injection for the farmer.

These side missions include mowing, or delivering cargo. These tasks are time-limited and as well as the cash payment, the farmer can earn a nice bonus for completing the task especially quickly, showing that it pays to be quick and efficient at your tasks. And you have more time in which you can earn even more cash!

Multiplayer, which was introduced in Farming Simulator 2011, is back again and sees the player working for other in-game farmers, performing various tasks like those performed by your AI helpers – without the inconvenience of them getting trapped by an errant tree trunk or fence (which should be a thing of the past, according to the devs!). 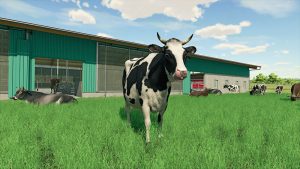 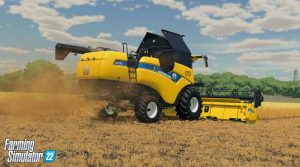 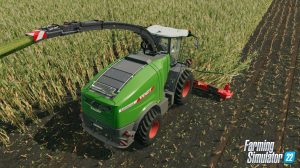 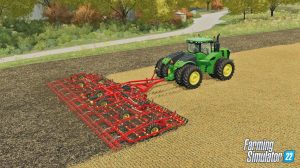