FIFA 22 for PC is the thirtieth release in the franchise of the massively popular soccer simulation video game series, following along the real life ups and downs of players and teams from all over the world, using real life motion capture from the players and combining it with state of the art graphics and physics engines so each game leaves you as drained as though you played for real!

Ultimate Team is the game’s biggest mode so far, having already exceeded expectations in the previous incarnation of the game, namely FIFA 21, and it is even bigger and better this time around. Put together your dream team of the best and brightest from around the world and see how well they play together.

Trades are important in this game as you compete to build the finest team of talent out there, so pay attention to young and upcoming players as well as hopefully negotiating for the big boys. Fun fact: you will do better on trades if you have been playing the game for a long time (previous versions of the game, that is) which is really good news for long term fans of the franchise. Depending on the players and trades in question, some early trading is available, but not all, so you will have to decide when and how to spend your budget.

In good news for equality, this game introduces Alex Scott (the Women’s Arsenal Football Club former captain) as the first female commentator who joins the previously all-male panel on the touchline and in the studio.

Career Mode is new and improved this time around, so be sure to put your best foot forward and work your way up the stats and the standings as quickly as you can. There is also an entirely new section called FIFA Ultimate Team Heroes offering new items, which generally reflect the cult-like stories and glories of legendary players who are fan favourites.

Custom tactics have been revamped this time around, so you can use sliders to very precisely tweak your team’s responses to features like defence, chance creation and build-up play to get the team with exactly the right amounts of caution and verve when those characteristics are needed.

What’s New and What’s Not?

Switching players is revamped in this game, so you can jump from player to player easily and quickly enough to intercept in a way that feels authentically real-time when necessary. With worldwide crackdowns on closed loot-boxes, the game is getting around that (and being much fairer to players!) by introducing Preview Packs where you can see what’s on offer before you put your money down – if not, you just need to wait 24 hours until it refreshes.

While some fans might be disappointed that the specifications are last gen, this does mean that PC players who cannot afford to buy the latest tech each time the game is released will be able to play seamlessly. It does, however, mean that the new-fangled HyperMotion, which uses machine learning and motion capture in combination – in a sort of procedurally generated football game – will not be available to PC players – just yet at least.

But the graphics are already excellent, using detailed motion capture, thanks to the players giving up their time to go through their signature moves wearing motion capture kit, teamed with high quality rendering – you literally will not know what you are missing.

EA loves to introduce the newbies as they come along, but it also does a great job bringing in the legends as they retire from the real-life game. Look out for eleven new iconic players that could be coming along this time around: 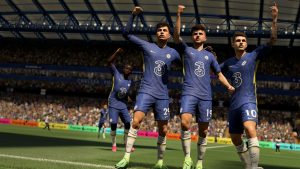 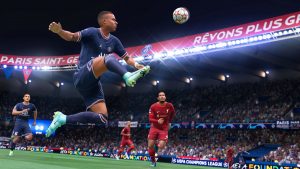 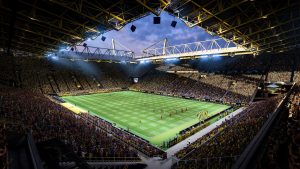 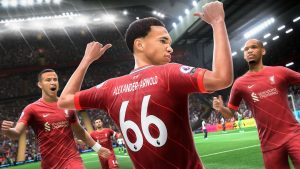